These are some of the negative perceptions that still linger around women who use cannabis, says Sally Vander Veer. She’s president of Medicine Man, a Colorado dispensary with locations in Denver and Aurora. 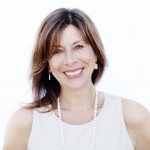 New data released by Headset, a cannabis market intelligence platform, illustrates the stark gender gap that still exists in the cannabis industry. According to a report, nearly 69 percent of cannabis consumers are men, Marijuana Business Daily reported. These numbers suggest that in the rapidly growing cannabis industry, women consumers are still an underserved demographic.

We spoke with Vander Veer about strategies that dispensaries can use to better serve this market. The keys to success: Being aware of the perceptions that deter women from entering a dispensary, and offering products and service that can draw them in.

Vander Veer says the statistics reported by Marijuana Business Daily closely reflect those she sees at Medicine Man’s stores. She theorizes that negative stereotypes about women who use cannabis, coupled with marketing geared primarily toward men, contribute to the low female customer turnout.

In the past, advertising was heavily targeted to male consumers, “with design emphasis on sports and women,” she said. Traces of this bias still exist in advertising, but it’s beginning to balance out.

“What I’ve seen, especially in the past year, is a shift toward lifestyle-based advertising, which is more inclusive of both genders,” Vander Veer added.

Medicine Man has adopted this approach, focusing its advertisements around activities like hiking, photography and concert-going. The response has been positive, both from women and men.

Another possible explanation for the gender gap: “age-old stereotypes that are projected on and, sadly, still internalized by women,” she said. These include stereotypes of women primarily as nurturers who, if they are consuming cannabis, are neglecting their responsibilities in that role. She pointed to anti-cannabis propaganda of the 20th century as a key force in making women believe they will be judged negatively if they use cannabis.

Vander Veer believes the cannabis industry has a responsibility to rewrite the narrative about women and cannabis.

“We need to change the perception that women who use marijuana are somehow less than, on the fringe, wild, or otherwise negligent,” she said. To meet that goal, she added, the industry needs to educate both women and society at large that cannabis is a tool for healing and empowering both sexes.

Combating the fear of the unknown

For women who’ve never had experience with cannabis, the idea of walking into a dispensary can be exciting but also a little daunting.

To address that issue, Medicine Man is designing a video series for women that covers basic topics, such as what to expect on their first visit to a dispensary and what questions to ask the budtender. The company is also launching a Ladies’ Night program, complete with special discounts for women and information on women-oriented product lines.

Becoming familiar with women’s medical and recreational needs is also critical. Many women use cannabis to ease menstrual cramps, Vander Veer said, but added that women use cannabis to find relief from a wide range of ailments, including depression, insomnia and post-traumatic stress disorder.

Training frontline staff is another key element of attracting and retaining women clientele.

“We spend a lot of time educating our budtenders on product lines and features and benefits of each product so that they can make the best recommendations for patients,” Vander Veer said. “We work hard to encourage our younger male budtenders to be comfortable talking about periods and cramps and inserting a suppository using a finger or a tampon applicator.

“It’s not comfortable for them,” or even for female budtenders, she added. Still, “It’s about focusing on what every customer needs, regardless of how comfortable you are with the subject.”