Common Compliance Violations and How to Avoid Them

In a highly regulated industry like cannabis, failing to comply with the law can be a costly mistake. It can also an easy mistake to make, given the number of laws that govern cannabis at the state and local levels.

Fortunately, by noting the mistakes of others, you can avoid making the same missteps in your own business. We spoke with several legal professionals who provided insight into the most common compliance violations in their respective states.

In Colorado’s recreational cannabis market, the most common infraction is selling to underage consumers, said Kelly Rosenberg, senior associate at Vicente Sederberg, a law firm that specializes in the cannabis industry. However, it’s also one of the easiest violations to prevent. “It always blows my mind… It’s such an easy one to avoid,” she said. 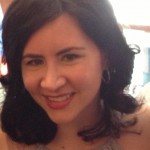 It’s common knowledge that enforcement agencies use underage operatives to determine if a recreational cannabis retailer is abiding by the law. Still, Rosenberg said, some rec shops “consistently sell to underage individuals.”

The problem doesn’t belong solely to the cannabis industry. Other retailers often fall out of compliance with laws governing the sale of other age-restricted substances, like alcohol, she said.

The solution is simple, particularly in Colorado. In that state, IDs issued to residents younger than 21 are oriented vertically, making it easy to distinguish whether the owner is underage. “It really is as simple as checking for ID and not selling to them,” Rosenberg said.

In Arizona, the most commonly cited infraction relates to employees and contractors.

“I think the biggest thing that people have been out of compliance with is making sure that every employee and every contractor that comes onsite… has been cleared through the background process and has their dispensary agent card,” said Ryan Hurley, a partner at the Scottsdale-based Rose Law Group and chair of the firm’s cannabis law group. 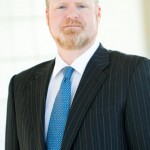 The frequency of these types of violations can be attributed to a misunderstanding of the law.

“There was a rumor that was being floated around that, for example, if you had a trimmer who was there only one week out of the month… that they could be logged in as a visitor and they could just be supervised,” Hurley said.

Because the state’s medical cannabis program is still new and regulators are still catching up, “people got away with that for a while, and the rumor got around that it was fine to do that,” he added. “And it wasn’t.”

Similar to avoiding underage sales in Colorado, the method to prevent this compliance mistake is simple. “It’s pretty obvious whether someone has their card or not,” Hurley said. “So it’s just a matter of management making sure that when they hire somebody new, they don’t let them come work until they get their card.”

Another area where Arizona dispensaries often slip: maintaining proper corporate documentation. Often, a dispensary will change the members of its LLC or its governing documents without informing the Arizona Department of Health Services, the agency tasked with regulating the state’s medical marijuana program.

The solution: Hiring a skilled secretary or working with a lawyer to help you document corporate changes correctly and report them to your state regulator. Hurley also recommended hiring a full-time compliance officer and making sure the position is well-compensated.

The laws governing cannabis are unlikely to relax anytime soon—quite the opposite, in fact. So, creating a robust compliance program now will likely save you heartache down the road. “Compliance is never going to be easier than it is today,” he said. “It’s always going to get more complex.”

The bottom line: “Building a good compliance program now is an ounce of prevention for the future,” he said.