Has There Been Enough Cannabis Research?

But is it true? Is there really very little cannabis research compared to other medicines or recreational substances?

NORML’s Deputy Director Paul Armentano doesn’t think so. At the Cannabis World Congress and Business Expo held here last week, he laid out his argument that not only have the effects of cannabis been well-researched, but there has been as much or even more scientific scrutiny around cannabis than many frequently used pharmaceuticals. 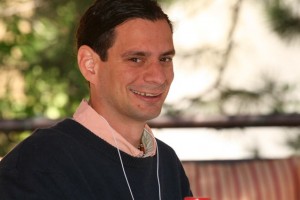 In addition to serving as NORML’s Deputy Director, Armentano is also the author of Marijuana Is Safer: So Why Are We Driving People to Drink?, is Senior Policy Advisor for Freedom Leaf, and is a contributing expert and guest columnist for Capital Hill News Corp.

For example, a keyword search for “marijuana” in PubMed—the U.S. National Library of Medicine’s database of indexed citations and abstracts to healthcare journal articles—produces 23,951 articles in peer-reviewed literature.

By comparison, a search for “Tylenol” provides 19,841 citations, “ibuprofen” shows 12,003 results, and “Ritalin” (a popular drug for attention deficit hyperactivity disorder, or ADHD) reveals 7,932 results. The opioid hydrocodone—responsible for 16,651 deaths in 2010, according to JAMA, the Journal of the American Medical Association—has been the source of only 886 journal articles. Another ADHD drug, Adderall, yields only 190 journal citations.

“There are no scientific conversations going on in this country saying, ‘We don’t know enough about Adderall,’” Armentano said. He added that cannabis is being held to a unique and unrealistic standard that isn’t applied to other pharmaceuticals.

Armentano believes the Institute of Medicine made the definitive statement relative to the risk and effects of cannabis when it wrote in 1999, “Except for the harms associated with smoking, the adverse effects of marijuana use are within the range of effects tolerated for other medications.”

The term “relative dependence liability” indicates how likely a substance is to cause a physical or psychological dependence. Armentano pointed out that the 9% dependence liability of cannabis is similar to 7% for caffeine. That compares very favorably to alcohol (15%) and tobacco (32%).

Also, according to the World Health Organization, there are no confirmed cases in the world medical literature of human deaths from cannabis poisoning. The same cannot be said for alcohol or tobacco, let alone opioids, acetaminophen, anti-inflammatory drugs (like ibuprofen) or Adderall.

Armentano pointed out that the commonly reported side effects from cannabis use—such as dry mouth, drowsiness and euphoria—are hardly significant. By contrast, according to MSNBC, the “average drug label lists a whopping 70 side effects” including addiction, death, suicidal thoughts, liver damage and failure, memory impairment and seizures.

What’s often the biggest criticism of cannabis—that it is mood altering—is missing the point, according to Armentano. “What is wrong with elevating the patient’s mood anyway?” he asked. “Most therapeutic drugs alter mood.” That’s a part of their effectiveness.

Armentano said critics often suggest that there hasn’t been enough research on the long-term effects of cannabis, but that ignores the fact that there are a number of studies spanning a year or more. A study published in the Canadian Medical Association Journal reviewed more than 20 cannabinoid trials over four decades from 1966 to 2007. CMAJ found “no higher incidence rate of serious adverse events associated with medical cannabinoid use compared to controls.”

Two reviews of clinical controlled studies—one evaluating 37 studies and another looking at 72 studies—found a preponderance of positive therapeutic effects from cannabis use, including as an analgesic and an appetite stimulant, as well as being useful for treatment of multiple sclerosis, AIDS, spinal cord injuries, Tourette’s syndrome, epilepsy, glaucoma and other conditions.

Furthermore, people have been using cannabis for hundreds of years. That breadth of experience has given us extremely valuable insight into its long-term effects, something pharmaceuticals don’t have. For example, popular blood pressure medications haven’t been around long enough to provide an understanding of the potential side effects to a patient who will be taking them daily for 40 years or more.

According to Armentano, cannabis has been subject to far more clinical trials than many FDA-approved medications. He cited a JAMA article that said between 2005 and 2014 the FDA approved 188 “novel therapeutic agents” on the basis of 488 pivotal efficacy trials. “The median number of pivotal trials per indication was two, although 74 indications (37%) were approved on the basis of a single trial.”

He added, “At minimum, we know enough about cannabis, as well as the failures of cannabis prohibition, to allow people the option to consume a botanical product that is objectively safer than the litany of pharmaceutical and recreational substances that it could replace.”

By the Dispensary Management Today staff