Cannabis is one of the most diverse species in the world. But diversity is under threat from wide-reaching plant patents that can eventually pull certain strains from grow rooms and off dispensary shelves.

Mowgli Holmes, PhD, chief scientific officer of Phylos Bioscience, is part of a project devoted to keeping cannabis strains in the public domain. However, it’s a race against the clock. The U.S. Patent and Trademark Office (USPTO) has issued patents that cover multiple cannabis strains, and Holmes said he expects more will follow.

Although this could spell bad news for cultivators, the sudden loss of popular strains might also affect dispensary owners and their medical patients and recreational customers.

Plant patents are nothing new in the agriculture. The USPTO has been granting them for decades, according to the Open Cannabis Project, an initiative designed to keep cannabis strains in the public domain. Unfortunately, the lack of documentation to prove the existence of even well-known strains hobbles the industry’s ability to block patent filings.

“There’s been no very specific proof that any individual variety has been around,” Holmes said. And that’s important: An invention cannot be patented if it’s been publicly available for more than a year. Most cannabis strains fall into this category; the problem is that there’s scant evidence to prove it.

He stressed that it’s more than just proving the name existed previously. We know a strain called Blue Dream exists, he said, but, chemically speaking, we don’t know what Blue Dream is. More importantly, “the USPTO has no idea what Blue Dream is,” he said. 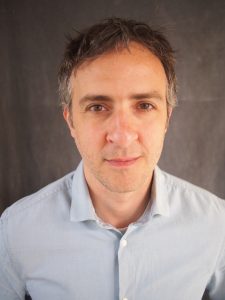 Holmes and his colleagues initially feared that would-be patent holders would steal a classic variety and patent it under a different name. Enter organizations like the Open Cannabis Project. The organization, of which Holmes serves on the board of directors, is creating an archival record to prevent patent filings on existing strains.

“And we also thought the USPTO wouldn’t be granting cannabis patents anytime soon,” Holmes said. “We were wrong.”

Last June, USPTO published US 9370164 B2. It’s a special kind of patent, called a “utility patent,” which covers a potentially wide range of plants. It covers not one strain, but multiple strains with shared chemical makeup—in this case, strains featuring at least 3 percent of both THC and CBD and a terpene profile in which myrcene is not dominant. This patent “tightens up” a previous patent that was published in 2015, Holmes said.

“What we were worried about did happen,” he said. The 2016 patent “covers a plant that we are very sure already exists, but there was no documentation of it.”

However, he added, “There’s a much, much bigger problem. The problem with this patent is that it’s not a normal plant patent, which covers just a single plant. The problem is that it’s a utility patent, and instead of covering a single plant, it covers a huge range of potential plants. It covers a huge swath of potential chemical variations. It’s incredibly broad. It’s incredibly restrictive.”

These patent filings could have serious consequences. The utility patent prohibits growers from owning or selling the plants protected by it, and growers can be sued for using it commercially, Holmes said.

At first, he and his colleagues thought placing a utility patent on cannabis represented a “preposterous and indefensible land grab,” he said. Now, however, they’re planning to undermine these patents before other growers follow suit.

The Open Cannabis Project is working to gather samples of various strains to build a case against the utility patent. If they can provide proof that plants covered by the patent existed before it was published, they may have a chance at dismantling it.

“We would need proof that a plant of that chemistry existed,” Holmes said. “The DNA alone won’t be enough to invalidate that patent.” He doesn’t expect it to be an easy task, though. The patent was written by one of the best plant patent attorneys in the world, he said. It’s a well-written patent that will be difficult to fight.

What’s more, Holmes is expecting other large operations to file their own utility patents, which are “so expensive to get and defend that it’s never going to be available to individuals or small business,” he said.