In the cannabis industry, professional growers are always on the lookout for breakthroughs that have the potential to put them ahead of the competition. One method of cultivation that has been gaining attention over the past several years is aeroponics.

In aeroponics, plants are suspended in an enclosed chamber, with the exposed roots and lower stem of each plant sprayed with a nutrient solution. On average, using aeroponics costs as much as traditional methods such as hydroponics.

From disease-free cultivation to improved nutrient intake, many claims have been made about aeroponics. But does it live up to the hype? To answer that question, we talked to Terra Tech of Newport Beach, Calif. Terra Tech operates medical cannabis grow sites in California and Nevada. The company also grows leafy green vegetables such as lettuce and basil throughout the United States. One of the advantages of operating this type of business model, President and CEO Derek Peterson said, is that growing strategies can be carried over to cannabis, and vice versa. 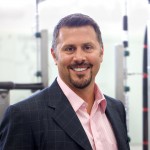 Most recently, the company began an operation in New Jersey, with hopes to convert into a cannabis cultivation facility should the state go recreational. This would give Terra Tech a leg up on the competition. After hearing about the promise of aeroponics, the company opted to experiment with the method. But the results were less than promising.

He estimated plants that would usually yield 1.8 to two pounds using traditional methods were yielding, on average, 1.5 pounds with aeroponics. “You’ll normally have a standard deviation of change every given cycle,” Peterson said, “but to go from something that’s normally closer to 2 pounds down to a pound and a half is a pretty drastic economic move.”

After several disappointing cycles, Terra Tech decided to switch back to hydroponics. As to why he thought aeroponics had failed to live up to expectations, Peterson speculated that it could have been a combination of technology, implementation or any number of variables. “What doesn’t work now, we might find a better solution a year, year and a half down the road… It’s a fickle plant.”

So, aeroponics isn’t for everyone. Under ideal circumstances and with a little luck, it may indeed yield promising results for the professional grower. But until those gains can fit into a model for larger-scale facilities, the usual methods of growing cannabis may still be the best.

Cannabis Cultivation Today articles are for informational purposes only and should not be considered legal guidance or advice on grow practices. You should contact an attorney or a qualified cultivation consultant for specific compliance and cultivation advice.